As someone who is responsible for posting to a brand’s social media accounts, I can attest that one of my recurring nightmares is posting something to the corporate account that I meant for my own. A quick Google search will show you that social media fails happen quite often. Often enough to keep us social media and community managers on our toes. Off the top of my head, I can think of a handful of incidents:

The Sacco incident stands out to me as the one with the angriest backlash a social media fail ever generated. Sacco posted her tweet before getting on a plane to Africa which resulted in her offensive tweet being online for the duration of her flight. While she flew across the world, people everywhere took to their Twitter accounts, blogs and other social media properties to condemn her post — and Sacco herself. #HasJustineLandedYet quickly became a trending topic. Not surprisingly, Sacco’s employer did not appreciate the negative buzz she generated and she was let go from her job.

No other social media fail caused such an uproar as Sacco’s AIDS joke tweet. And then this afternoon happened.

Earlier today someone responsible for posting to the @USAirways Twitter handle replied to a customer’s tweet with a link that led to a very pornographic photo. (I will not be sharing the photo here. It’s easy enough to find, trust me.)

What’s interesting is that the link was originally posted by someone who tweeted it to @AmericanAir. Which leads us to believe that someone on the US Airways social media team copied it and forgot to check their links when they replied to their customer.

What’s worse is that the offensive tweet was up for over an hour on the US Airways page. Which means that anyone who visited the page during that hour would’ve encountered the photo — without the warning that there was NSFW content.

This afternoon was also when the Pulitzer Prize winners were being announced. To no one’s surprise, the US Airways incident was generating much more interest than the prizes.

The airline did eventually take down the offensive tweet and issued a statement to Business Insider:

We apologize for the inappropriate image we recently shared in a Twitter response. Our investigation has determined that the image was initially posted to our Twitter feed by another user. We captured the tweet to flag it as inappropriate. Unfortunately the image was inadvertently included in a response to a customer. We immediately realized the error and removed our tweet. We deeply regret the mistake and we are currently reviewing our processes to prevent such errors in the future.

I can’t imagine what it was like at the US Airways office this afternoon in the midst of the flurry of activity. Within hours of the tweet going live, Buzzfeed, BusinessInsider and Mashable all had stories on the incident. I’d hate to be the person who was responsible for pushing send on that now infamous tweet. That’s certainly not something you want listed on your resume under “Accomplishments and Achievements.”

For me, I’m not sure which blunder was more of a fail: Sacco who tweeted from her own account or the US Airways employee who tweeted on behalf of the organization. It is likely that any backlash against a corporation would not be as severe as what Sacco faced in the days following her tweet. Unless of course, the employee responsible for today’s mistake gets outed. Then, it would be interesting to see what the reaction is.

Meanwhile, I will continue my due diligence while at work, only now I’ll have an extra to-do before posting: checking that whatever I’m pasting from my clipboard is really what I want to be sharing, and not something else entirely. 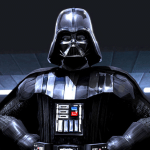 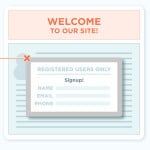 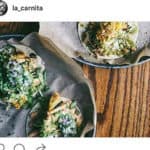 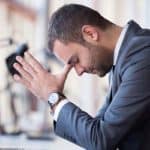