Heineken’s latest ad Heineken proves that brands can in fact make political and social statements without causing a PR disaster. You’ll recall that just a few short weeks ago, Pepsi rolled out an ad featuring Kendall Jenner taking part in a march. 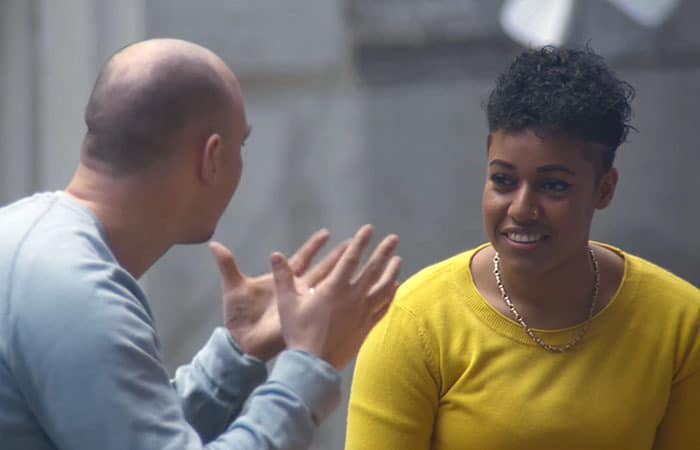 That ad was heavily criticized for being tone-deaf for its use of images associated with the Black Lives Matter movement. The idea that a reality star (and a can of Pepsi) could alleviate tensions at a march trivialized the importance of some of the protests the world has seen this year. Pepsi’s ad was on the air less than 24 hours before it was pulled.

What makes Heineken’s ad so different?

To start, the Heineken ad featured real people, not reality stars or actors. It was also a much less glamorous setting — individuals were brought together to work on tasks in a warehouse as part of a social experiment.

The commercial features 3 pairs of people who are on opposite sides of an issue. One pair is comprised of a feminist and an anti-feminist. The second pair is made up of a climate change denier and a climate change believer. The last pair features a trans woman and a male who doesn’t agree with transgenderism.

We then see each of the pairs walk into a warehouse where they are tasked with building chairs and asking each other some questions. The three pairs of people get on fine as they work together and spend the time talking with each other.

Then, their videos are shown on the wall and they are left with a choice – they can leave, or stay and continue talking over a cold Heineken.

Why it’s important that Heineken got it right

The world after the Brexit vote and Trump’s victory has been a divisive one. People across the world have settled into their opinions and views. Many times over the last year, it’s felt like the only thing anyone could agree on was their right to argue.

Heineken’s #OpenYourWorld ad reminds us that our differences don’t define us. Is the ad a bit cheesy at times? Yes. No one seems to mind that:

This #Heineken ad is amazing. Our society is more and more polarized because we’re often so opinionated. Let’s TALK. https://t.co/QFP7Ac5u0F

Apparently, what the world needs now is a #Heineken 🍻 Sit down. Have a beer. Listen. Learn. Grow. #Peace #Humanity #understandingtheworld https://t.co/hgJPwdrh0F

Fantastic!! What we could do if everyone just got off social media & sat down & had a 🍻+conversation instead. 🙌 @Heineken #Heineken https://t.co/GPrA6kEfP2

Thank you @Heineken, for restoring a little bit of my faith in humanity. This is brilliant. #OpenYourWorld: https://t.co/rLJLsPyapF

You can watch the commercial in its entirety here: